Square to Bring Dragon Quest X to Wii U 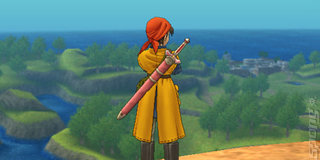 Dragon Quest X is coming to Wii, right? But some analysts want to know why Square Enix is releasing such a title for such a, well, moribund platform.

According to Andriasang, "Wada responded that Square Enix must consider making the game compatible with both the Wii and its successor, the Wii U. The company is currently doing technical investigations on how to support Wii U."

On another issue, "Wada was also asked if he expects the Wii ports of Dragon Quest 1, 2 and 3 to actually sell, considering they're straight ports of the Famicom and Super Famicom versions. Wada's response was that the games are being left as is on purpose in order to celebrate the franchise's twenty-fifth."