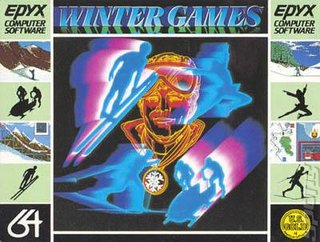 Nintendo has added two more games to the 276 it currently has Virtual Console in Europe. One will bring back tears of memory for SEGA Mega Drive lovers:

"Following a rash of terrorism outbreaks and increasing opposition from guerrilla fighters, the U.S. government has decided to hire a group of professional mercenaries to undergo secret missions, battling through enemy lines to go where no ordinary soldier would dare to go."

As we said, it's the Mega Drive version played by a SPOnGer while lazing around in the Sega Power office (or 'S' Magazine, who remembers?) while waiting for lunch one Tuesday.

The other will make followers of the C64 try to figure out what they did with their back issues of Zzap! (or Zzap!64 if you want a fight).

Winter Games (500 Wii Points):
The 1988 Winter Games in Calgary, Canada. "Skate, jump, shoot and ski your way to the top, matching your skills against the top athletes from a hundred countries."

So, there you go nostalgia freaks... yes, it does.
Companies: Nintendo
Games: Mercs Winter Games